In the east of South Africa an expansion of one of the largest mines, Zulti South Mineral Sands, is taking place. The area lies along the coast and the soil conditions require robust but especially moisture-resistant cable splices.

The mine started 40 years ago north of Richards Bay with a 2-kilometre wide coastal strip over a length of 17km. Minerals are extracted from the ore ilmenite, in particular rutile and zirconium. Ilmenite is an iron titanium oxide and is used for 95% as titanium dioxide, for example as an alloy in watch cases and laptop cases due to its low mass density. Zirconium oxide is mainly used as a ceramic material in dental technology or for the manufacture of ceramic knives. The mineral rutile is used in welding electrodes.

The area is now expanding to the South so that new areas can be explored and long-term income is secured.

LoviSil® no stranger in South Africa
Naturally the customer, RBM of the Rio Tinto Group, was looking for reliable partners for the expansion of the infrastructure. On three fields 33kV routes over a considerable length are installed. RBM has opted for the LoviSil® technology. Fred Peters from KBK, distributor of Lovink in South Africa explains: ”A large contractor in South Africa has recommended us based on his many years of experience with LoviSil® in industrial projects. There is no better promotion of your product. Of course, there were other interested parties, but the cable splices from Lovink offered the most suitable solution ”.

Custom 3-core application
Mining requires heavy electrical infrastructure, like other industrial parks, and is often equipped with 33kV networks. To connect the 3-core 300mm2 33kV cable in one housing, Lovink has extended the body of the LoviSil® so that there is enough space for this cable. This makes the splice also suitable for other heavy applications such as in renewable energy, where more and more 33kV cables are being used. 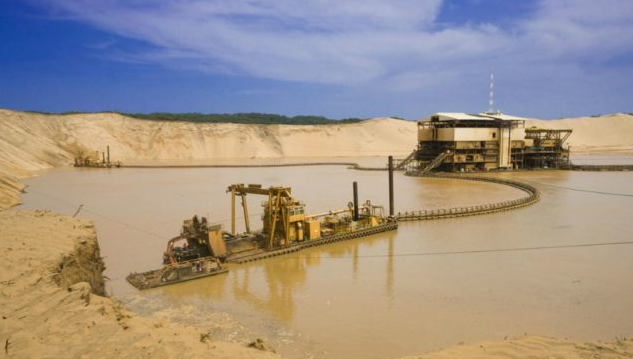