Home/Blogs/Back to the beginning I

The role of cable splices in electricity supply

Today we know no better than that power is transported via cables to households and companies. But how did this start and when was the first cable splice introduced? This article is the first in a series of three, written on the occasion that Lovink Enertech started producing cable splices 100 years ago in 1919. 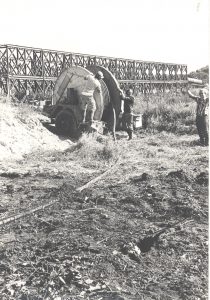 At the end of the 18th century, a small number of power stations were active in the Netherlands and ​​application did not extend beyond a radius of a few hundred meters. There was a restrained attitude, many municipal authorities were afraid of competition for the municipal gas companies that until then provided the lighting.

Following the rise of alternate current and improved economic conditions, municipal power plants were set up in most of the larger Dutch cities in the early 1900s. Before the 1st World War, there were 83 power stations in the Netherlands.

A large part of the power stations distributed their electricity through underground cables, both for lack of space and for aesthetic reasons. At the same time, with the development of these distribution cables, a lot of attention was paid to associated accessories. At that time, the focus was mainly on shortening the assembly time and limiting the dimensions. 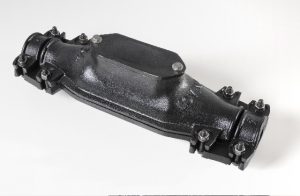 The first cable splices that Lovink produced in 1919 were made of cast iron and were filled with bitumen. The applied cable was paper lead cable that owes its name to the paper insulation soaked in oil and resin and the protection of a lead sheath against groundwater. Metallized paper, the so-called Höchstädter foil, was later added for the insulation of copper cores.

Introduction of synthetics
Synthetic technology was introduced in the 1960s. In 1975 Lovink introduced a new generation of low voltage cable splices. These were still based on a cast-iron housing but were now filled with a synthetic resin instead of bitumen.

Synthetics also played a greater role in cable technology. The cross-sections of medium-voltage cables had to increase due to the growing demand. This made it financially interesting to use polymeric cables. In addition, polymeric cables were easier to install and had a greater electrical capacity than traditional paper lead cables. As such, polymeric cable became the new standard.

Development of splicing technology
Heat-shrink technology as a basis for cable splices was introduced in the sixties. This splicing technology makes use of the elastic deformability of polymeric sleeves by heating. The splice encloses the connection and in this way the connection is electrically insulated. Years later, in the mid-1980s, cold-shrink technology was also used in cable splices. Hereby the material is stretched by a spiral that after removal “shrinks” back to its original shape. Later, other technologies like push-on and hybrid cable splices were introduced. 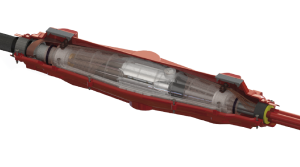 Universal solution
In 1988, Lovink Enertech launched a universal solution for polymeric and paper-insulated medium-voltage cables. This 1st generation cable splices had a cast iron housing and an inner splice made of polyester. The electrical insulation consists of liquid silicones that have been developed in collaboration with specialists from chemical companies. Later, the second generation of LoviSil® splices followed, which is completely made of polymeric materials and therefore a lot easier to assemble. Recently the LoviSil® splices have been improved further ensuring ease of assembly and are the 3rd generation of its kind. In the meantime, the liquid silicone insulation technology is highly rated for its reliability and long, failure-free lifespan.

What’s next?
The rate of development is progressing faster than ever before. Networks are seeing more and more renewable energy being connected. In addition, we also see that the demand for electricity is still rising, partly due to global economic progress. Cable splices will always play an important role; whether it is the connection of cables for new routes or the maintenance of existing networks. A cable network is only as reliable as the weakest link.

Lovink Enertech is renowned worldwide as a cable splice specialist. And although we now supply several product lines, we will continue using our knowledge and expertise to maintain and improve electricity networks for the next 100 years.

Source: the historical information comes from the book Nederland-Kabelland written by Hans Buiter [1994]. 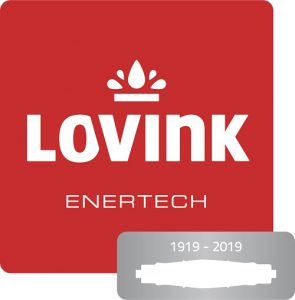