Back to the beginning II

Home/Blogs/Back to the beginning II

Back to the beginning II

How much can change in 100 years? In the digital world, developments happen at lightning speed and performance by people is becoming increasingly unnecessary as computers and robots have taken away many human skills. The term craftsmanship is disappearing more and more from society. However, the assembly of a cable joint is still ‘human work’. This article is the second in a series of three written on the occasion that Lovink Enertech started producing cable joints 100 years ago in 1919.

Look for the differences

With the start of cabling of the distribution network, cable joints also made their appearance. The installation required a lot of craftsmanship with many trained hand skill-dependent actions, such as working with molten metals. The use of liquid insulation is still being used, but the oil and bitumen have been replaced by modern chemical fluids. The photos below from 1935 show that the differences are not dissimilar. 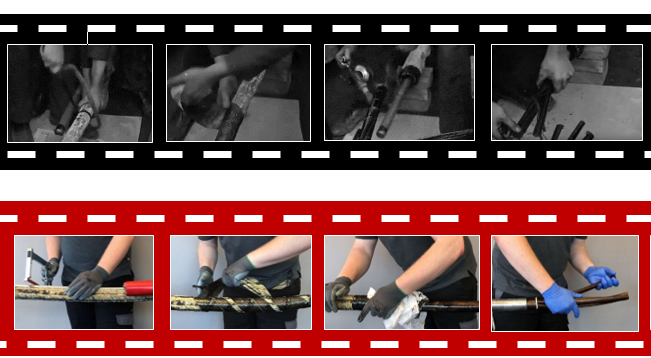 Connection
The connection of the cables has been greatly improved over the years. Early days saw connections made by ‘sweating and soldering’ ferrules and connectors. The use of hot molten metals is now a skill of the past. Modern aluminum and brass connectors with mechanical shear off bolts lead the way. 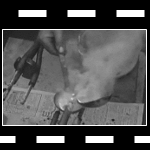 Cable joints
Cable joints themselves have seen many assembly improvements. See, for example, the comparison of the lead sleeve and lead wiping technology of the time with the current modern installation of a Lovink Enertech cable joint which uses high grade polymer shells, fluid silicone and resin to encapsulate the joint. 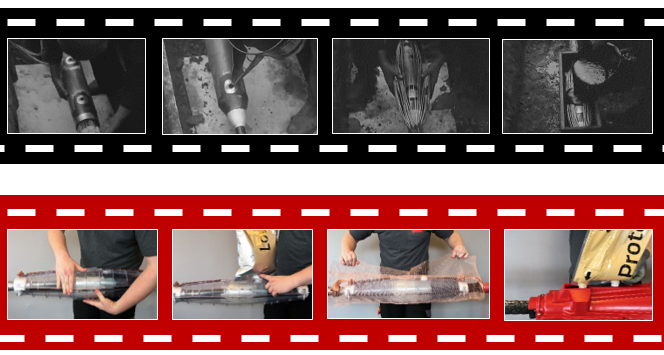 The first cast-iron low-voltage joints were filled with bitumen and it was only in the 1970s that they switched to synthetic resin. In the field of assembly, the first improvements became noticeable when polymer shrinking techniques were introduced, heat shrink in the 1960s and cold shrink in the 1980s. Later the wrapping joints were added: a combination of stretchable mesh tape, mounting tape and injected synthetic resin. A very flexible system that is still regularly used in low voltage.

The introduction of a universal liquid silicone joint in the 1980s meant a completely new way of installation. The Lovink joint is made up of inner and outer joint shells which together when filled provide complete electrical and mechanical insulation. The efficient and logical build construction ensured that this joint was embraced quickly by jointers. Recently, the installation process has been further improved. The joint has seen a redesign of some parts, pre-assembled parts and improvement in the build logic.

Underground cable connections will always be needed in the future, regardless of whether the electricity it carries is from renewable sources or not. In fact, the demand on the cable joints will only increase as we see increasing population and a demand for more power. It is important that we look to develop our products to become even more efficient and always look to make the installation process as easy as possible. This will ensure Lovink joints and accessories play their part in making energy networks as reliable and robust as possible. Finally, the desire to monitor networks in real time will lead to developments where the joints themselves can provide source data about their operating conditions.

Lovink Enertech will continue to use its knowledge and expertise for the next 100 years to further optimize the electricity networks in which it serves.

Source: the historic images come from YouTube ‘Making a joint for a paper-insulated cable – 1932’ [British Pathé].